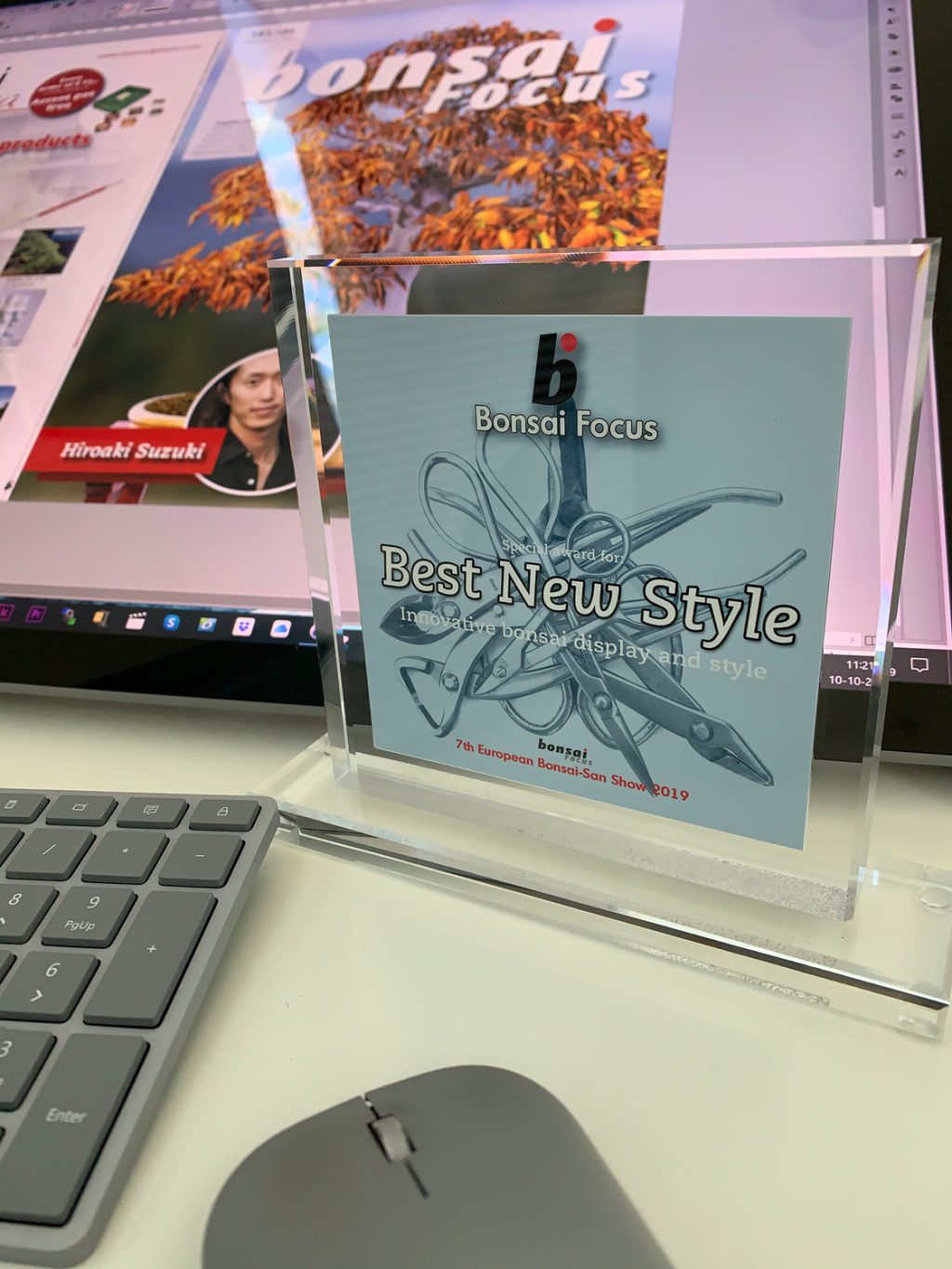 At the 7th edition of the European Bonsai-san Show in Saulieu, Bonsai Focus magazine aimed to look for a bonsai which stands out in style, meaning that the tree itself has to be different from the custom styles you normally see, and not its way of display. Our eyes fell on a middle sized maple which has a shari run almost over the full lenght of its trunk. For a maple very rare, but it was very well done and so convinced us that it deserved the prize. The tree was created from a cutting years ago by Hervé Dora from France.